Intergovernmental Panel on Climate Change (IPCC) definition - Climate change in IPCC usage refers to a change in the state of the climate that can be identified (e.g. using statistical tests) by changes in the mean and/or the variability of its properties, and that persists for an extended period, typically decades or longer. It refers to any change in climate over time, whether due to natural variability or as a result of human activity.

United Nations Framework Convention on Climate Change (UNFCCC) definition - Climate change in UNFCCC usage refers to a change of climate that is attributed directly or indirectly to human activity that alters the composition of the global atmosphere and that is in addition to natural climate variability observed over comparable time periods.

Bhutan’s economy is highly dependent on climate-sensitive sectors such as agriculture, hydropower, and forestry. The most significant impact of climate change in Bhutan is the formation of supra-glacial lakes due to the accelerated retreat of glaciers with increasing temperatures. Other impacts include extreme weather, changing rainfall, drying of streams, and flash floods. The Fifth Assessment Report (AR5) of the Intergovernmental Panel on Climate Change (IPCC) projects an increase of about 4.8 °C in global mean surface temperature by the end of the century. IPCC indicated that much more studies on climate change are required especially at the regional and national levels.

Impact of Climate Change in Bhutan

About 70 per cent of the country’s land area (38,394 square kilometers) is under forest cover. Even though Bhutan is a net sequester of greenhouse gases (GHG), the effects of climate change and variability are becoming increasingly visible. Precarious geographical location and effects of climate variability and change have highly exposed Bhutan to a diversity of hazards, including cyclone induced storms, flash/floods, landslides, earthquakes, glacial lake outburst floods (GLOF) and droughts. Heavy seasonal monsoon rains and glacial melt are the most common cause of flooding and landslides in Bhutan. Over 70 per cent of settlements (MoWHS, 2017) including infrastructures and fertile agricultural lands are located along the main drainage basins, hence posing threats from flooding. 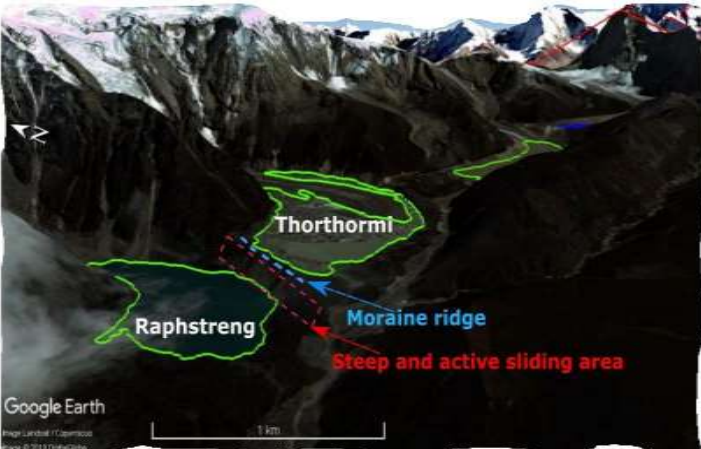 Fig 2. Raphstreng and Thorthormi lakes showing the location of thin and active moraine

The country is also increasingly experiencing prolonged and extreme droughts in parts of the country. This increases the risk of biodiversity loss, forest fires, causes reduction of crop yield and agricultural productivity. 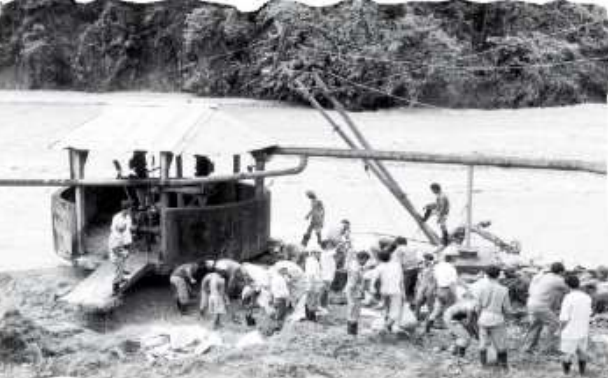 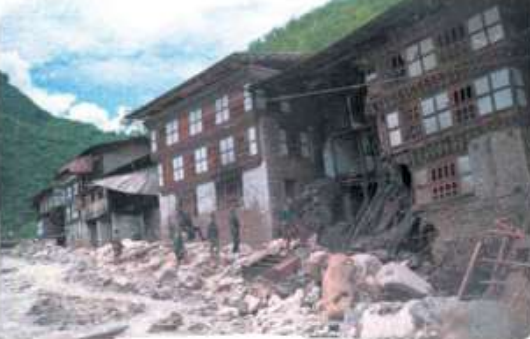 These unpredictable and intense weather events destroy crops and affect farmers who are caught unprepared. Heavy rainfall trigger floods and flash floods are a recurring phenomenon in Bhutan, especially during the summer monsoon. In July 2016, the southern part of the country experienced a flash flood triggered by intense monsoon rainfall displacing more than 100 families and damaging infrastructures. 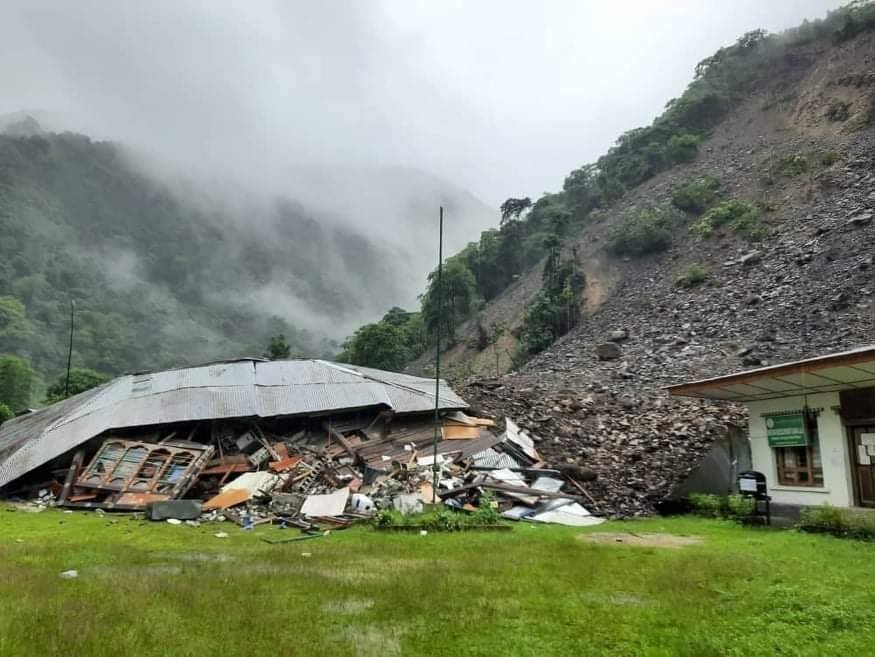 During the summer monsoon, landslides are a major problem for the roads sector. Roads are vital lifeline for Bhutan as it facilitates transport thereby trade and commerce, and general ease of mobility in and out of the nation. 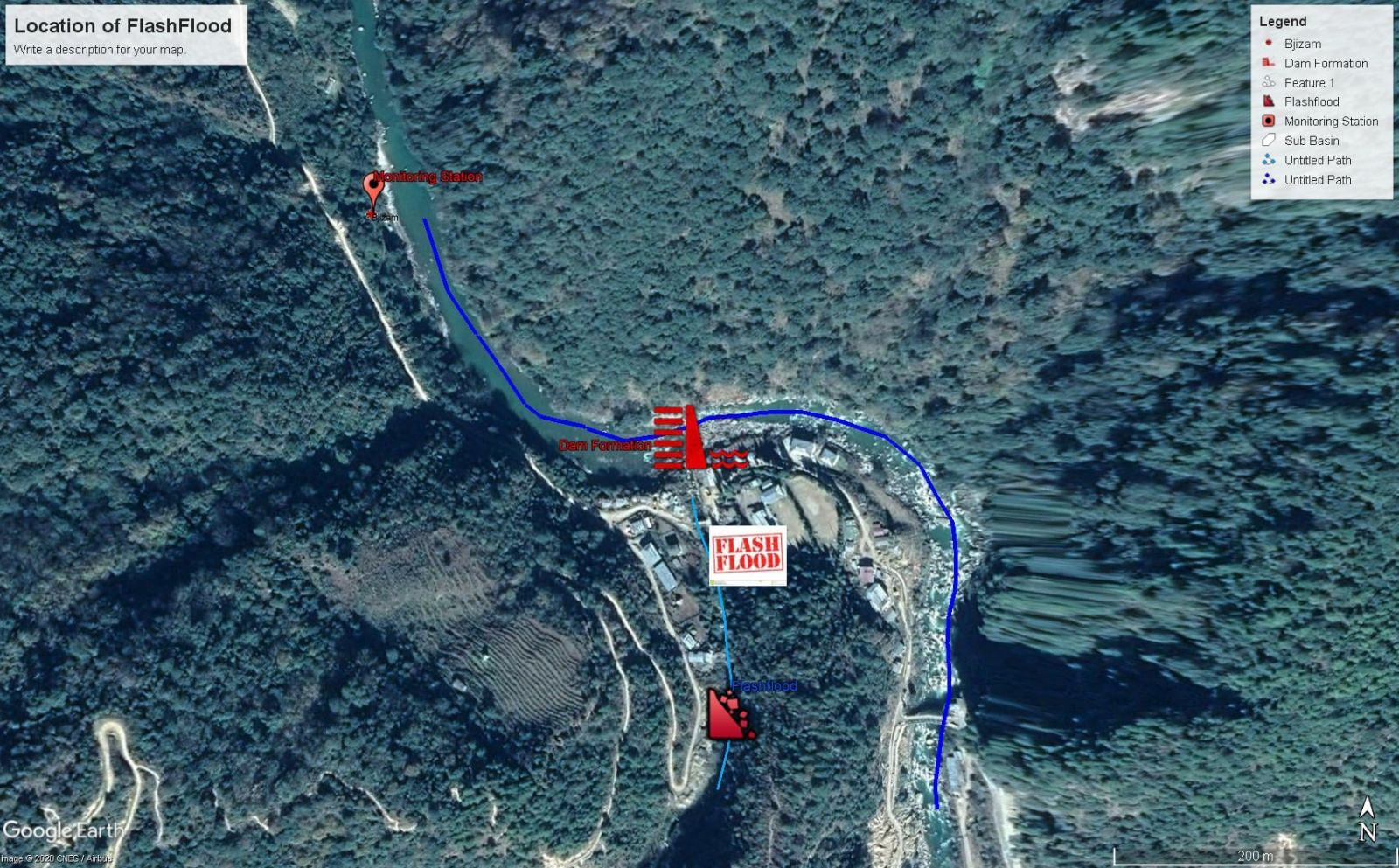 Blockage of rivers (most of which are confined in narrow gorges) due to landslides lead to formation of artificial dams. These artificial dams poses great danger to downstream settlements and assets such as hydropower due to landslide dam outburst flood (LDOF). Extreme weather events have significant socio-economic consequences and adversely affect people’s livelihoods and well-being, particularly marginal and poorer communities.

The climate in Bhutan is mainly controlled by the following factors:

Bhutan has four seasons - the winter season from December to February; spring season from March to May; summer season from June to September; and the autumn season of October and November. The Southwest or Summer Monsoon (June-September, JJAS) contributes about 72% to the total annual rainfall of Bhutan with the highest amount received in the month of July followed by August. The spring (March-May, MAM) and autumn (October-November) period contribute about 22 % to the total annual rainfall.